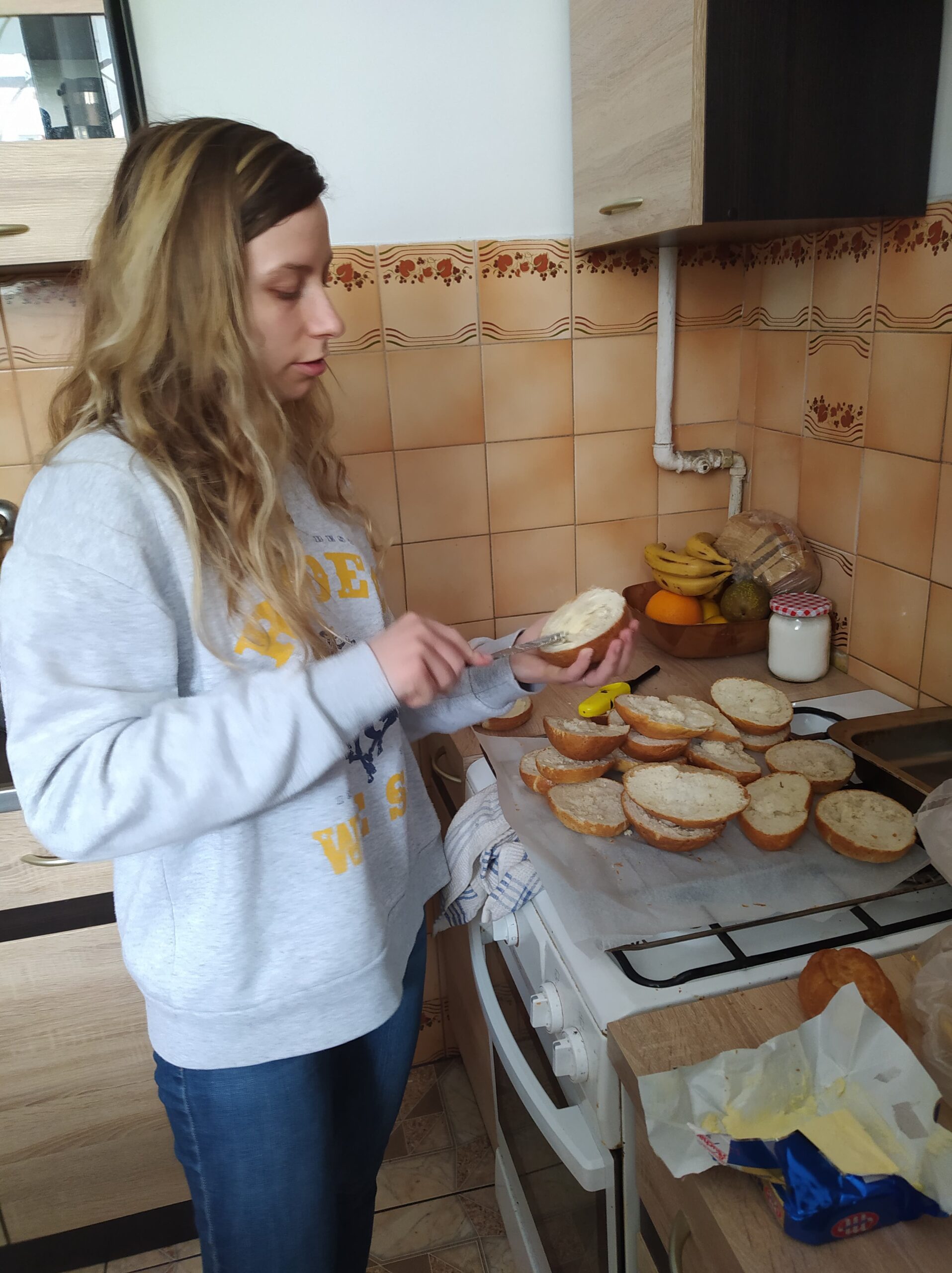 It was snowing in the morning – perfect weather for a Street Snack. However, the weather didn’t scare the girls and the three of them at 2 p.m. met on April 25th to prepare packages for the homeless. When everything was ready, the girls went by tram with full backpacks to Śródmieście in search of those in need, and on cold days like this it was not an easy task.

They met the first gentleman at the train station, talked a bit with him and he gave them more tips on where to find other people in need. For two hours, the girls walked on the streets of Gdańsk, talking to the homeless to show them that they were not forgotten.

Mr. Zdzisław was standing near Żabka, for a moment it was hard to say whether he was homeless or not, but when the girls came closer, it was clear that this gentleman needed help. Later, walking down the main street in Gdańsk, Mr. Jurek approached them asking for food, and what was his surprise and gratitude when he got a package with something to eat.

10 people were able to receive gifts from the girls, 10 people whose life stories are not known to anybody. We look at these people through the prism of what can be seen with the eyes, and sometimes, you have to take a step further. Hence, we want to ask you a question. Do you know where the homeless are? Do you know their names and stories?

This site uses cookies. We use cookies only for the functional aspects of the site and to provide some basic traffic analytics. We do not profile individual users, nor use the data outside the scope of data collection as listed in our privacy policy. By continuing to browse the site you are agreeing to our use of cookies. Learn more.